The Torres Strait Islands are located in the Diocese of Cairns which is home to nearly 5,000 Aboriginal and Torres Strait Islander Catholics. According to the most recent census, 10% of all Indigenous people in the Cairns Diocese identify as Catholic.

On the Islands themselves, the Catholic Parish is located on Thursday Island and is home to around 800 Torres Strait Islander Catholics.

The Torres Strait Islands are a group of at least 274 small islands which lie in Torres Strait, the waterway separating far northern continental Australia's Cape York Peninsula and the island of New Guinea.

The islands are mostly part of Queensland, a constituent State of the Commonwealth of Australia, with a special status fitting the native (Melanesian) land rights, administered by the Torres Strait Regional Authority. A few islands very close to the coast of mainland New Guinea belong to the Western Province of Papua New Guinea, most importantly Daru Island with the provincial capital, Daru. 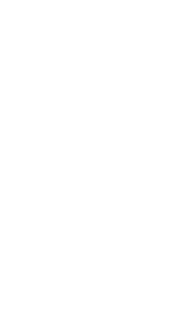 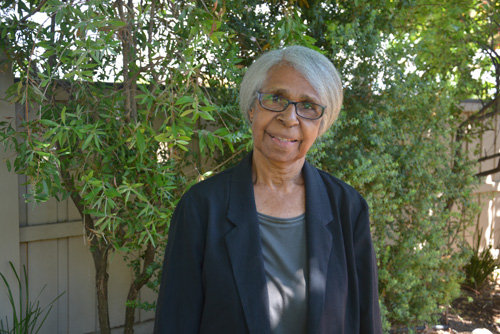 Now retired, Dolly has worked closely with the Catholic Education Office for many years in many different roles. A talented musician, Dolly's music has been included on a number of CD releases. Dolly has a large family, located on the mainland as well as on the Islands. 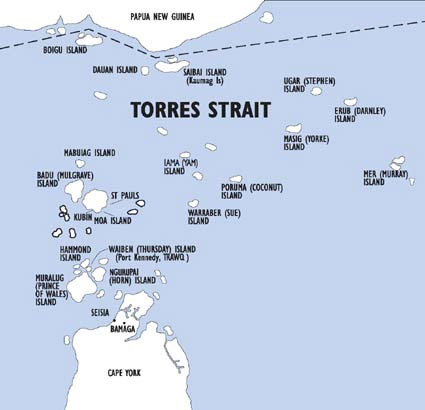 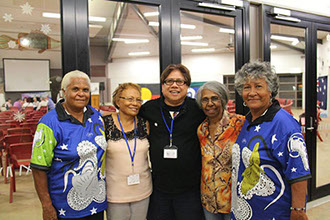 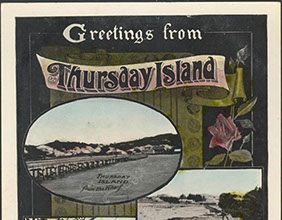 An Online guide to the Torres Strait Islander Collection held at the National Library of Australia.

To help identify relevant material this guide is sorted into the five major island clusters in the Torres Straits Region. It highlights collection items already on the National Library of Australia's catalogue.

The Coming of the Light - July 1

The Coming of the Light is a holiday celebrated by Torres Strait Islanders on 1 July each year. It recognises the adoption of Christianity through island communities during the late nineteenth century.

The Coronation of Mary Celebrations 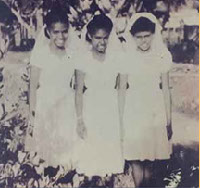 The coronation is a very important celebration on the Torres Strait Islands. In this article, Dolly McGaughey shares her memories of the day and gives an insight to the inculturation of this Christian  celebration.