Australia's Southernmost State, Tasmania is overseen by the Archdiocese of Hobart. Aboriginal and Torres Strait Islander Catholics number over 3,700 and according to the most recent census, 20% of all Indigenous people in Tasmania identify as Catholic.

Tasmanian Aboriginals (along with their culture) remain and are a strong and resilient people. Around Easter time, instead of the traditional Christian feed of fish, Aboriginal children get a feed of mutton birds, sing in palawa kani (Aboriginal talk) about mutton birds, dance and make baskets lined with feathers of the bird to fill with chocolate eggs. The Hobart Museum has a wonderful Aboriginal exhibit including a stunning sea craft that depicts the ingenuity and cultural richness of the Tasmanian Aboriginal people.

Tasmanian Aboriginal Catholics do not have a designated Ministry but worship throughout the Parishes of the Island and work in many of the Diocesan Organisations.  NATSICC Tasmanian representative is the key pint of contact. 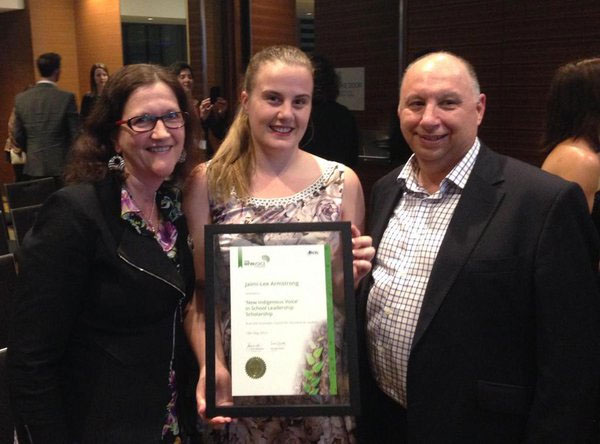 Jaimi-Lee Armstrong has worked in Catholic Education for the past eight years. Jaimi-Lee has completed certificates III and IV in Business and has recently completed her Diploma in Business. She has also been working in the information technology area completed a Certificate IV in IT in 2014 and currently working on her Diploma in IT as well as studying a degree at Swinburne University.

Jaimi-Lee is the Tasmanian Representative for NATSICC (National Aboriginal and Torres Strait Islander Catholic Council) where she is proud to be able to represent the Tasmanian Catholic Indigenous Community. Jaimi-Lee is passionate about her work and determined to continue to strive in these areas. Her experiences to date has provided a solid foundation for the future.

An overview of the lives of the  Traditional Owners of Tasmania prior to European settlement and the impact that settlement had upon them.

Website of the The Lia Pootah Aboriginal Community of Tasmania

Please check back for future events.